It’s day 3 of the #loveyourmath campaign! For this post, I wanted to share some pictures of some quilts that one of my former students made for me when I was at Plymouth State University.

It turns out that up to isomorphism, there are exactly 5 groups of order 8. Below are representatives from each isomorphism class:

The first three groups listed above are abelian while the last two are not. It’s a fairly straightforward exercise to prove that none of these groups are isomorphic to each other. It’s a bit more work to prove that the list is complete. The Fundamental Theorem of Finitely Generated Abelian Groups guarantees that we haven’t omitted any abelian groups of order 8. Handling the non-abelian case is trickier. If you want to know more about to prove that the classification above is correct, check out the Mathematics Stack Exchange post here, the GroupProps wiki page about groups of order 8, and the nice classification of all groups of order less or equal to 8 that is located here.

Since groups have binary operations at their core, we can represent a finite group using a table, called a group table. In order to help out minds recognize patterns in the table, we can color the entries in the table according to which group element occurs. Of course, if we rearrange the column and row headings of the table, we have to rearrange or recolor the entries of the table accordingly. Doing so may make some patterns more or less visually recognizable. Similar to the book Visual Group Theory by Nathan Carter (Bentley University), I utilize colored group tables in several chapters of An Inquiry-Based Approach to Abstract Algebra, which is an open-source abstract algebra book that I wrote to be used with an IBL approach to the subject.

While I was teaching out of Carter’s book during the summer of 2009, one of my students (Michelle Reagan) made five quilts that correspond to colored group tables for the five groups of order 8. Here are pictures of the quilts. 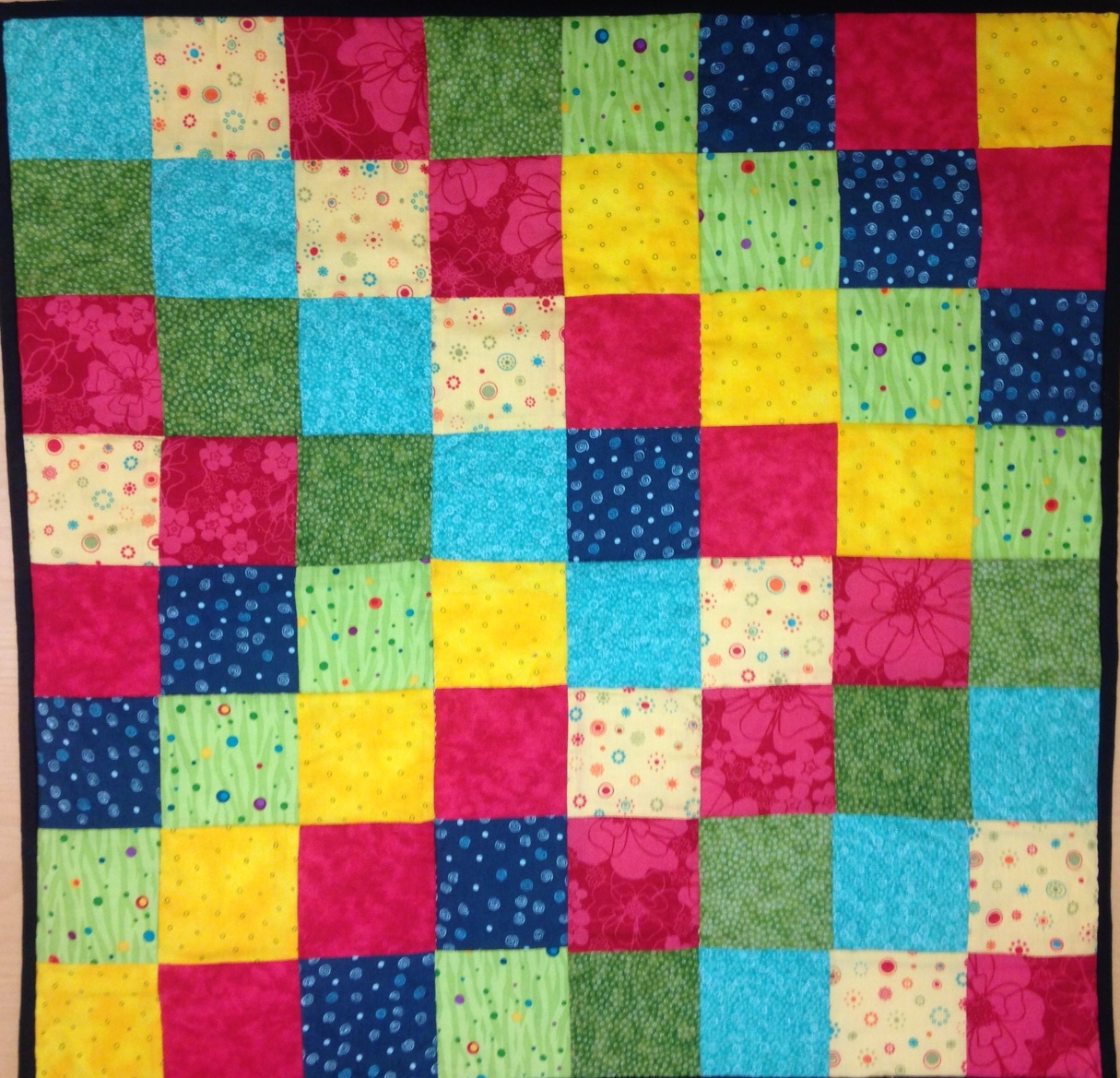 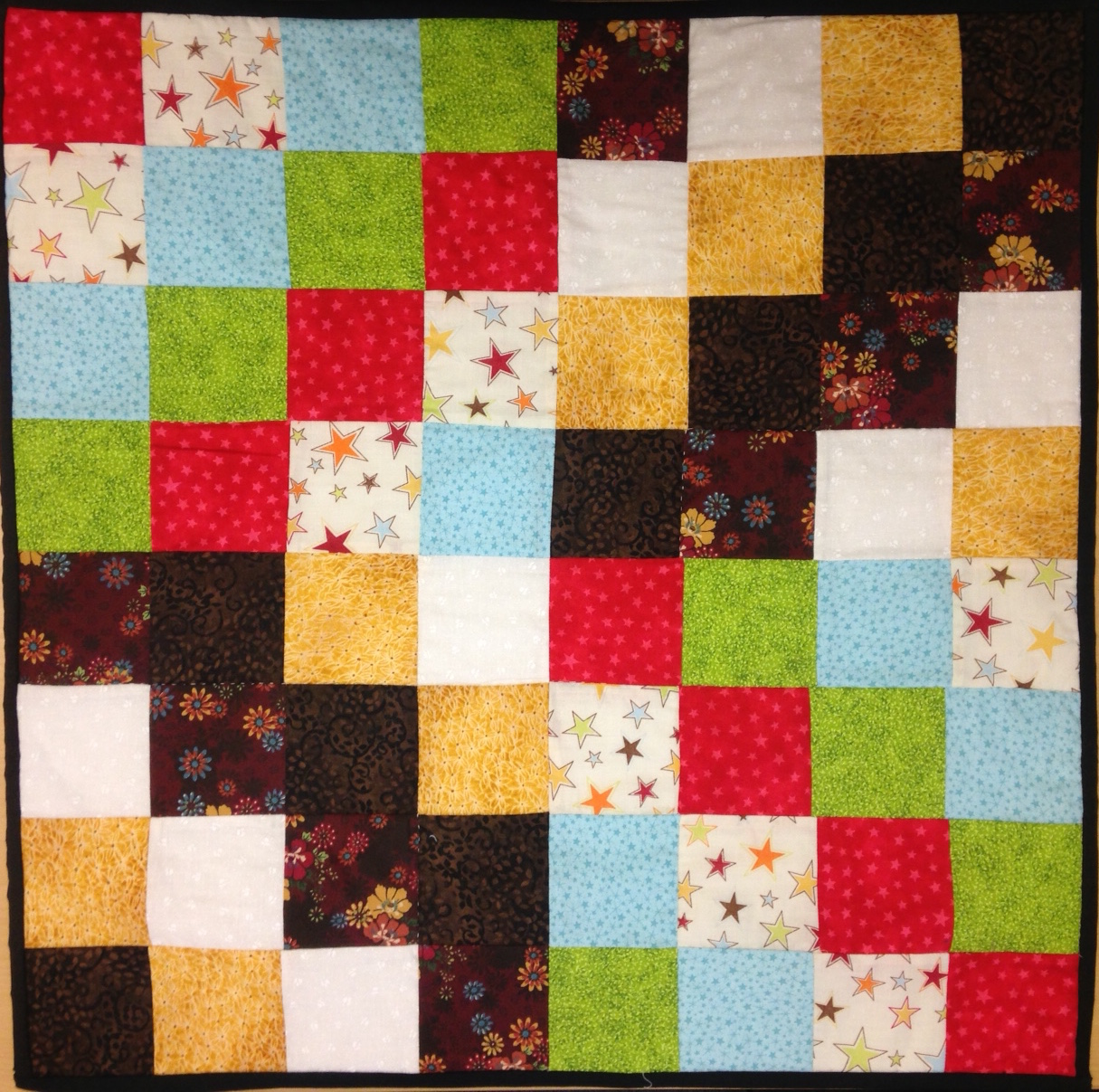 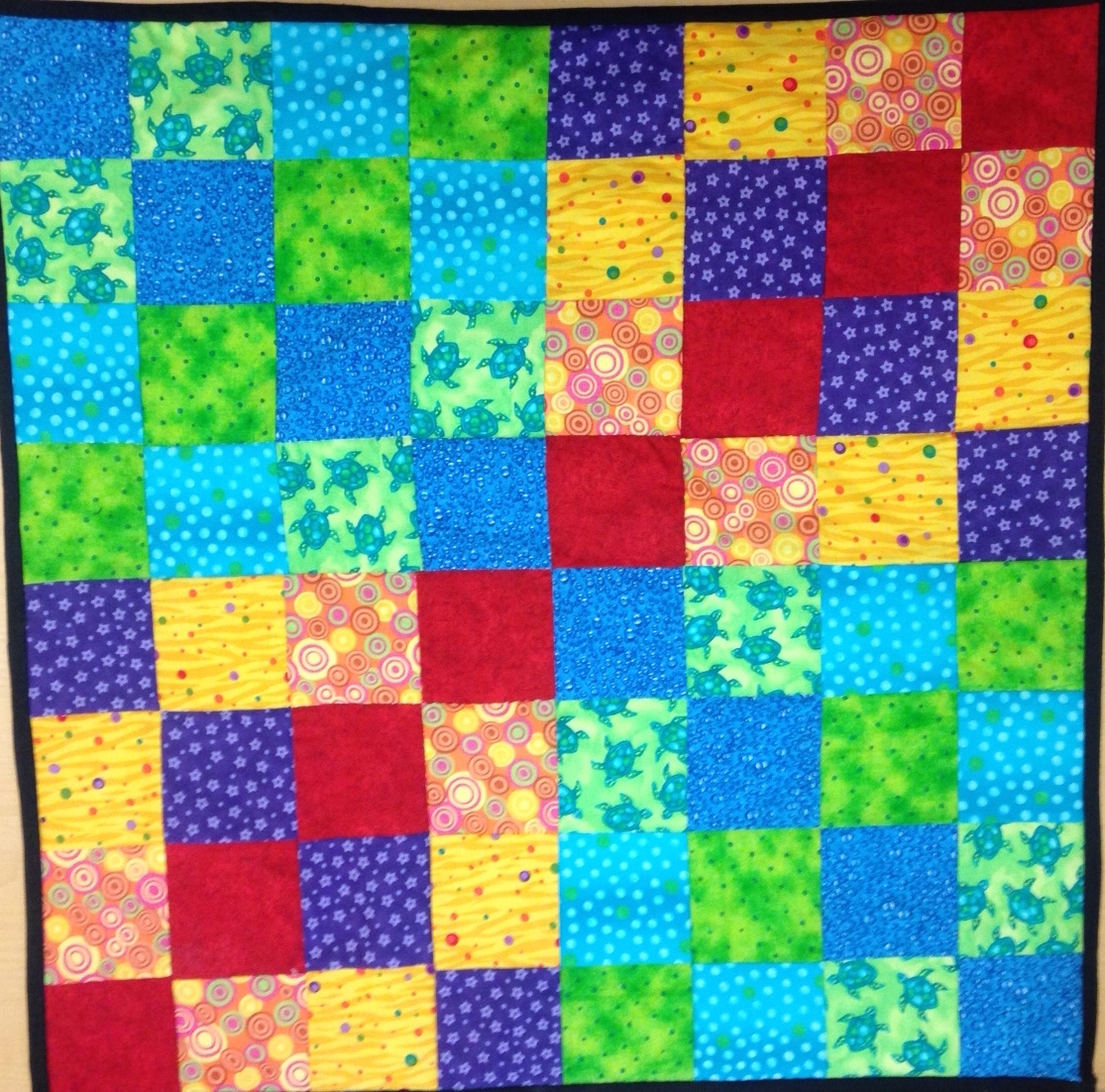 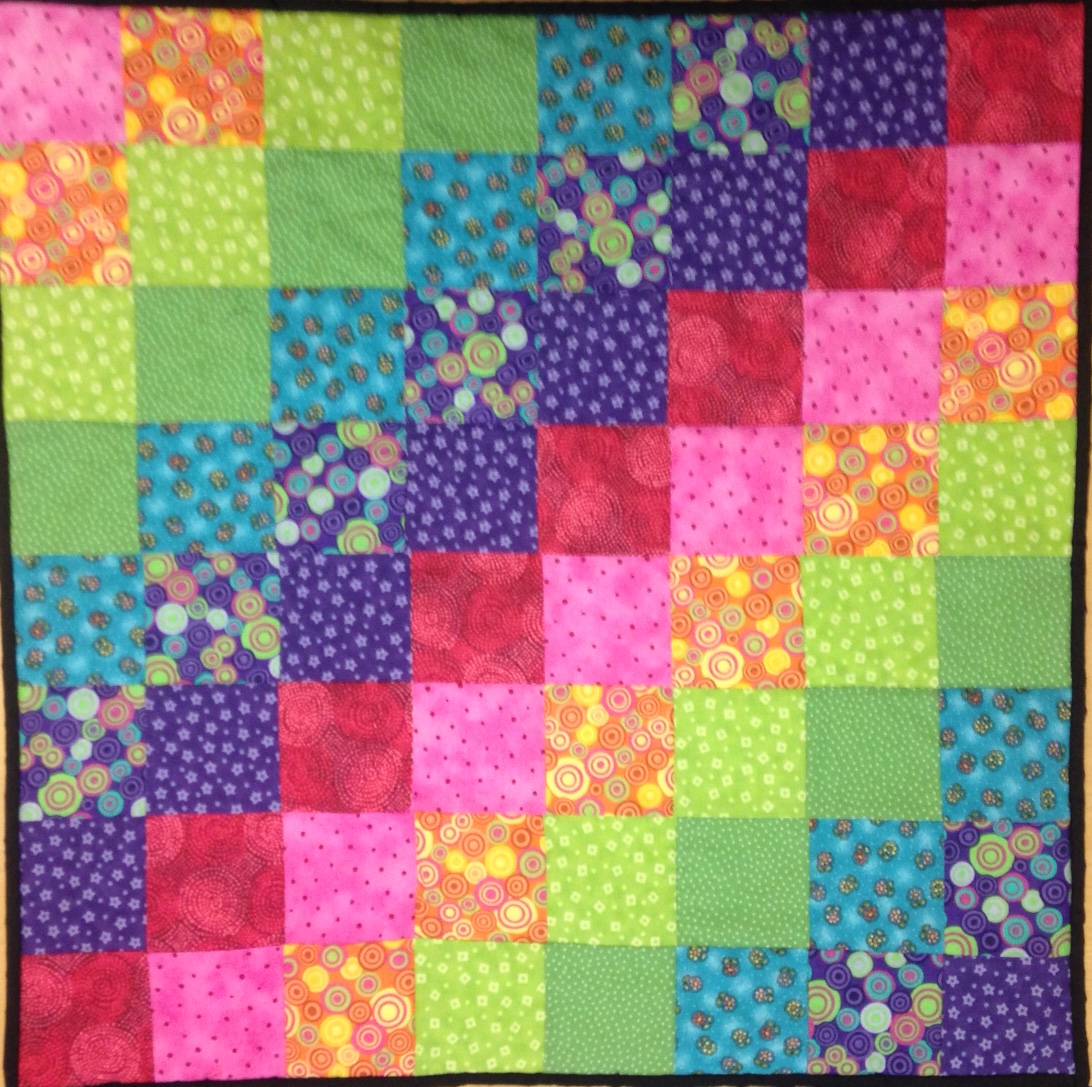 It’s a fun exercise to figure out which quilt corresponds to which group. I’ll leave it to you to think about.

Note: The #loveyourmath 5-day campaign is sponsored by the Mathematical Association of America. The goal of the campaign is to engage a general audience across a broad representation of mathematics, whether it is biology, patterns, textbooks, art, or puzzles.